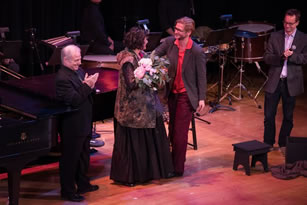 In 2015, Royal Road Productions produced a centennial tribute concert at The Town Hall honoring theater legend Eric Bentley's 100th year, which was filmed and will soon be released, featuring the world premiere of unpublished Songs for Mother Courage by Darius Milhaud and Eric Bentley. The event was hosted by Michael Riedel and included speeches by Tony Kushner and Austin Pendleton, among others luminaries of the theatre, and the film of this historic event is soon to be released.

Will There Still Be Singing? A Hanns Eisler Cabaret, a project about the life and times of the Austro-German composer, featuring Eisler's songs with lyrics by Bertolt Brecht in English versions by Eric Bentley, was met with tremendous success in the U.S. at Café Sabarsky, Metropolitan Room, and Princeton University, as well as at a special performance in Berlin at the Brecht-Haus (where the graves of Brecht and Eisler are located).

Another recent production produced by RRP was On Hollywood and Weimar The Songs of European Composers from the Golden Age of Film. The show was presented to full houses across NYC venues, including the legendary cabaret club Feinstein's/54 Below, Off-Broadway's York Theater, and elsewhere. It has also presented other innovative programs at Carnegie Hall (Weill), the Goethe Institutes of Boston and Los Angeles, and Symphony Space. 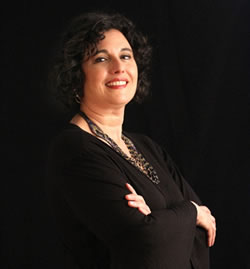 Karyn Levitt is the founder and President of Royal Road Productions. Ms. Levitt has produced/performed numerous theatrical concerts at prestigious venues, including The Town Hall, Carnegie Hall (Weill), Off-Broadway’s York Theater, and Symphony Space. She has also performed at colleges and universities, including Princeton, Vassar, USC, Oberlin, and Bates, at cultural venues, such as Brecht-Haus in Berlin and the Goethe Institutes of Boston and Los Angeles, and at Shakespeare & Company.

Other career highlights include recording her album, Eric Bentley's Brecht-Eisler Song Book, and writing/performing shows, including Will There Still Be Singing? A Hanns Eisler Cabaret and On Hollywood and Weimar: The Songs of European Composers from the Golden Age of Film at Feinstein’s/54 Below, Cafe Sabarsky, Metropolitan Room, Triad Theater, and beyond.

Ms. Levitt is a graduate of Oberlin College, where she earned her degree, with Honors, in English Literature. Her professional background also includes acting, composing, writing, editing, and performance coaching. She looks forward to bringing her shows about Eisler and the other great European film composers to Los Angeles and the capitols of the European countries where the composers are from, including Germany, Austria, Hungary, Italy, and Russia. 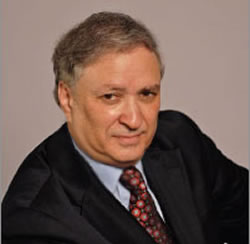 Born in Israel and educated in England, Aryeh Finklestein is a librettist, reviewer, translator and independent scholar. As librettist he has collaborated with composer Charles Osborne in several critically-acclaimed oratorios - including SOULS ON FIRE, which featured Leonard Nimoy as narrator, and KINGS & FISHERMEN, with Theodore Bikel. Both pieces were performed in Alice Tully Hall at Lincoln Center. Other works have been staged at The Kennedy Center in Washington, DC, as well as other notable venues in the US. 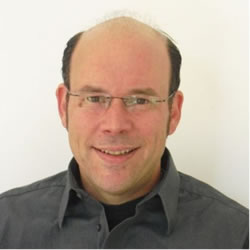 Peter Dingens is a PR Manager with a background of twenty years in artist public relations and artist management in New York and Berlin. For several years he worked for the PR and Management firm of Herbert Breslin in New York and thereafter independently representing some of the world’s leading artists for their international public relations. Peter maintains wide-ranging contacts in the classical music business and with the international media. He received his M.A. in Political Science, History and Economics from the University of Bonn, Germany. 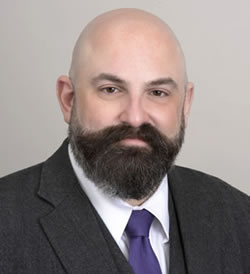 Joshua Graubart is an experienced counselor and advocate whose practice focuses on the entertainment, media, and technology industries, with a concentration on cross-border transactions. He regularly counsels and represents clients from all over the world in connection with American intellectual property law, and US clients with respect to their rights overseas. 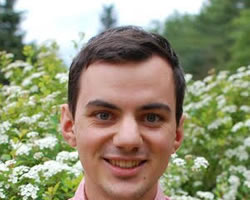 Caleb is a Brooklyn-based arts administrator. Since graduating from Sarah Lawrence College in 2016 where he studied piano and harpsichord, he has worked for a variety of NYC’s performing arts organizations in addition to his work at Royal Road Productions including: Heartbeat Opera, The Little Orchestra Society, Baruch Performing Arts Center, and the publicity firms Classical Music Communications and Schumann Associates.During summers he returns to his hometown in New Hampshire to work as a faculty member of the Lake Winni Summer Music Camp as well as working at the Staunton Music Festival in Virginia as a stage manager.

GLEN ROVEN music produced Karyn Levitt's CD, Eric Bentley's Brecht-Eisler Song Book, and also served as Royal Road Productions' music director and conductor for our event honoring Eric Bentley at the Town Hall. We lovingly acknowledge here the enormous contribution which the late GR made to Royal Road Productions' projects, and particularly to the 2015 live event at the Town Hall on which the film is based.

Glen grew up in Brooklyn, NY. A prodigious musical talent, he debuted at age 19 with Sugar Babies, starring Mickey Rooney and Ann Miller, becoming the youngest conductor in Broadway history. A two-time Emmy winner, he was at home equally in the classical and popular repertoires. He conducted for Placido Domingo, Kathleen Battle and Renee Fleming, as he did for Patti LuPone, Wynton Marsalis and Sammy Davis, Jr. A composer himself, he wrote 29 song cycles which have been performed around the world. He has produced and composed for Jason Alexander, Dolly Parton, Michael Douglas and Tyne Daly, and conducted Frank Sinatra’s final television concert. He was the founder of both GPRecords and Roven Records. He was chosen to conduct four Presidential Inaugural Concerts, as well as America’s Millennium Celebration, which was produced by Steven Spielberg.